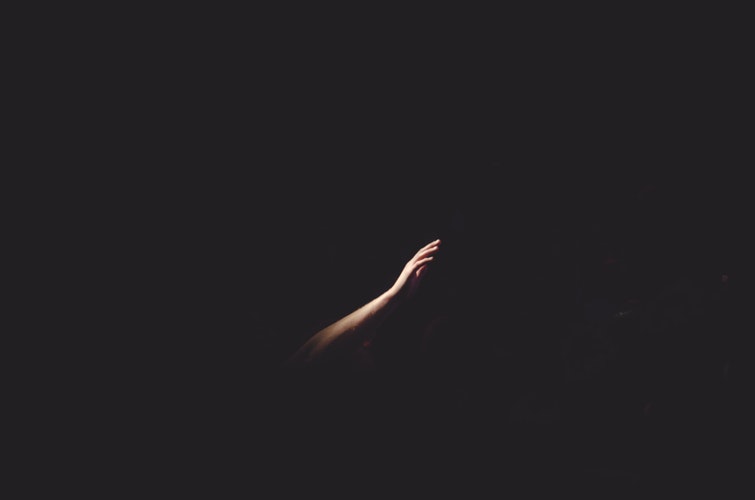 Before I sat down to write this, I went through the phobia list on the internet and apprised myself with the exact term for my fear. I got to know that there are, to be precise, three different terms for the same fear. (Also, I felt grateful that I am not aware or not living with the hundred other fears that exist in the world).

Now, according to this list on the internet, I have Potamophobia, Bathophobia, and Lygophobia. Don’t go away searching for their meanings, I’ll tell you what they mean.

I have a fear of water. And depth. And a little bit of *sighs* darkness. 😩

And, on a fateful night in Lakshadweep, I witnessed all three of them together. Wow, what are the odds?

So, here’s my story, straight out of a horror movie (at least from where I see, it still gives me goosebumps).

My husband and I were holidaying in Lakshadweep which is the most beautiful island in India. I can go on and on about its pristine beauty but that’s for another post. So, the first day, we were at Kadmat island which left us in awe of its beauty. The same day I also did my first water sport- snorkeling– and survived (that’s also an interesting story, for another post- How my cruel husband pushed me in the sea to get rid of my water tantrums).

So, as I was saying, I came out alive from the sea and I was feeling 10% better and less scared of being near the sea. However, my happiness was short-lived. The night before we were scheduled to depart from Kadmat Island to Bangaram Island, our tour operator told us that the speedboat that was supposed to take us to Bangaram has broken down and now we’ll have to take the normal fishing boat for our transfer. He assured us that there won’t be any trouble and advised us to sleep early because the boat will leave at 3 am. So, like obedient kids, we went to our room, packed our bags for the tough night ahead.

Fast forward to 3 am, we were on our way to the jetty with 17 other people who had the same destination as ours.

I kept my calm all this while. But then, the moment finally came when all of us were asked to board the boat, one by one. Soon thereafter, the boat kicked off the engine and we waved goodbye to the villagers (and the land).

I knew it was going to be a very difficult night for me, but it became harder as I left the sight of the shore and the twinkling lights on the land.

The boat moved into the depths of water, embracing the wild aggressive Arabian sea, and with every passing minute, my heart sank lower. The constant roaring of the engine, the pitch black sky, the noise of the waves hitting our boat- they all contributed to strengthing my belief that I am going to die tonight. My heartbeat went up, my legs were trembling and before I could understand what was happening, tears started rolling down my eyes. My entire body was shivering with an imaginary, behemothic fear.

Unaware of how I should react in such a situation, I looked up and found the entire sky lit with twinkling stars. I thought of diverting my attention by searching for constellations that my sister and I used to locate in our childhood but found it too nostalgic to carry on.

And then, I heard someone crying. The sobs were growing and I realized that the woman next to me was crying as well. She was probably 60 years old and was as inconsolable as I was.

It was during that moment that we found solace in each other. Her husband had moved closer to her, held her by hand and was constantly trying to calm her. I held her other hand and stroked her arms, my hand shivering all the time. Eventually, after an hour or so, she finally mustered courage and started reading Guru Granth Sahib on her mobile phone.

She took her time to calm down but I was nowhere near peace.

Apart from the physical aspects in which my body responded, my mind had other stories to throw me off balance. It began with the thought of boat being capsized into the dark sea-

What if the boat hits ‘something’ and it causes a hole in the bottom? What if a huge wave hits us? What if there is a major earthquake somewhere on the land, and it causes a disturbance in the sea, causing mayhem on our boat? Would we be able to survive? Is there even a remote chance that we would be saved if something happens to the boat?

The questions were endless and with every passing moment, my fear reached new heights. I began reminiscing my childhood, my wedding, my parents, our house, my beloved nephew and started to curse myself for not trying hard enough to learn swimming.

Amidst all that chaos, the only thing that kept me sane was being on that boat with the person I love the most in the entire universe. We curled up close to each other in a corner, he held my hands and kept stroking to soothe me. He knew I was scared of water, so without trying to console me by words, he held me tighter in his arms, never letting me go.

And that’s probably the most favorite part of my horrifying journey- feeling safe in his embrace. Feeling lively in his warmth. At that moment, I realized that even if I die tonight, I have to live the last best night with the man who loves me beyond any measure. I realized that the feeling of being loved is more heartening than just being in love.

I wouldn’t say that I felt at ease after this revelation. I was still sick at heart, unable to help myself to sleep. I was eagerly waiting for the first appearance of light in the sky. It was 5.30 am and my body was giving up on me. I was unable to cope up with the distress.

Eventually, I lived to see the dawn. It was 6 am and the stars which were keeping me company till now began to fade. The sky began to turn deep blue. As the sun rose above the horizon, the sky was a mix of faint gray, blue, red and a bit of orange.

It was only when I could see the colors in the sky and the navy blue water that my heart returned to its normal heartbeat. I looked around and greeted other people on the boat. I looked up and thanked the universe for keeping me safe. I spread my arms wide and then hugged myself for keeping strong.

And then I saw Tarun and smiled. He smiled back reassuringly- the dark night was past us.

P.S. Here are a few pictures and videos that Tarun clicked while we were on the boat. 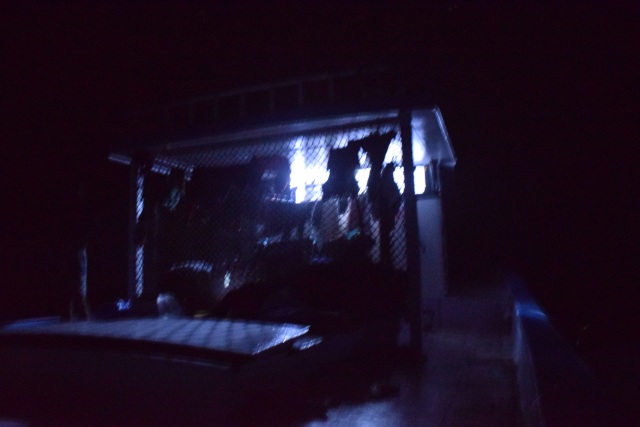 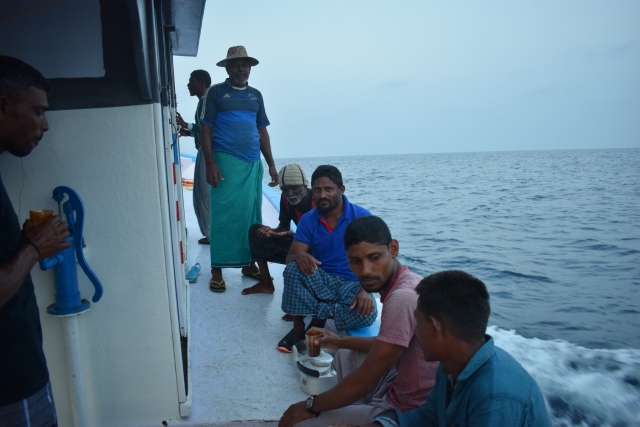 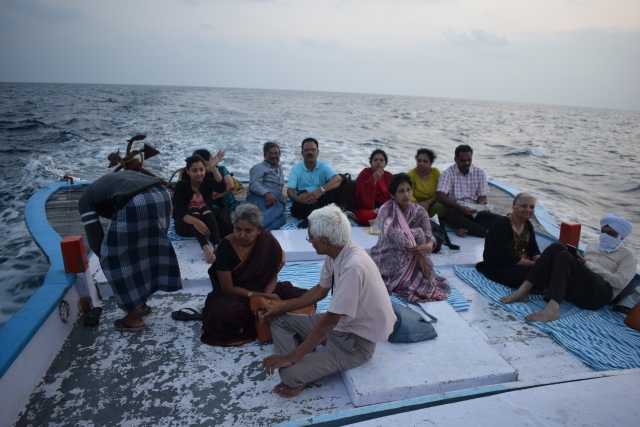 7 thoughts on “The Dark Night”

Blast from the past